3G Bikes is the result of a lifetime of insight into the bicycle industry. The founder, Gary Silva, grew up surrounded by bicycles as his father was owner to various shops in the U.S. and Argentina. Silva opened his own shop in 1976 and with time expanded his business to as many as 8 different shops along the Florida coastline. In the 90’s Silva tried his hand at design attempting to create a bicycle with better geometry for a comfortable ride and ultimately created one of the first chopper bikes.

In 2005 after years of experimenting with design, 3G Bikes was established in Long Beach California. Focusing on relaxed rider geometry and using the highest quality materials, the company has made a name for itself when it comes to comfort and functionality. There is no question as to why 3G cruiser bicycles have become a staple in the most popular beach communities across the U.S.

With a focus on innovation and commitment to quality 3G has constantly improved it's extensive line of products applying the latest technology and constantly moving towards creating the most comfortable ride. Because of this 3G is always releasing new exciting products like the 3G Stepper-Bikes, which is a line of revolutionary workout bicycles that delivers a full body workout yet has low impact on joints. 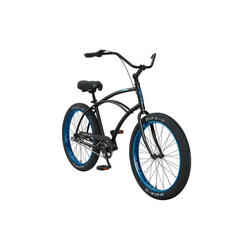 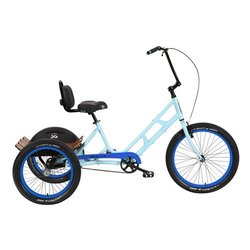 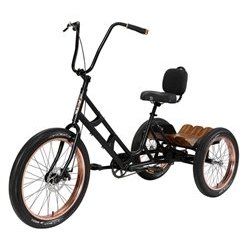